A good way to get dicked

So one night me and the diplo got really hammered and jumped into a war target diplomatic channel and told them we would be removing them from their wormhole. Well we at the Dickwad squad and by extension Slaver’s Union are many things but we are not liars.

So after about a week of war we found their wormhole and sat around for a while. Once we had mapped out their operations we started engaging the pesky residents in low level combat. After a short time they gave up without a fight. I was very disappointed in Mushopia Alliance.

Soon after the wordless retreat of Mushopia we had intel that one of the people assisting our wars was coming to fight. Minimak has seemed to have the hots for killing me ever since our war started and this would be his chance. After scanning the hole and warping to it at 70 km we played hole games. He brought out hammers and I shot them to hull, taunted him in a private chat a bit, and jumped into the hole. 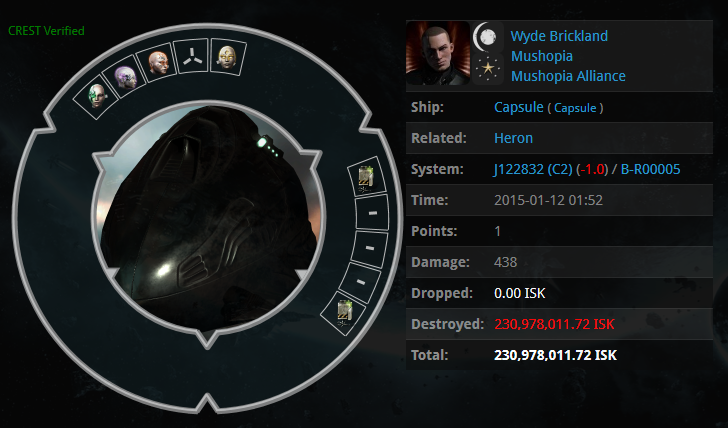 After about half an hour Minimak followed in with a Mushopia Drake from the aforementioned smart bombing backing him up. We made short work of the drake and slowly worked on the VNI. 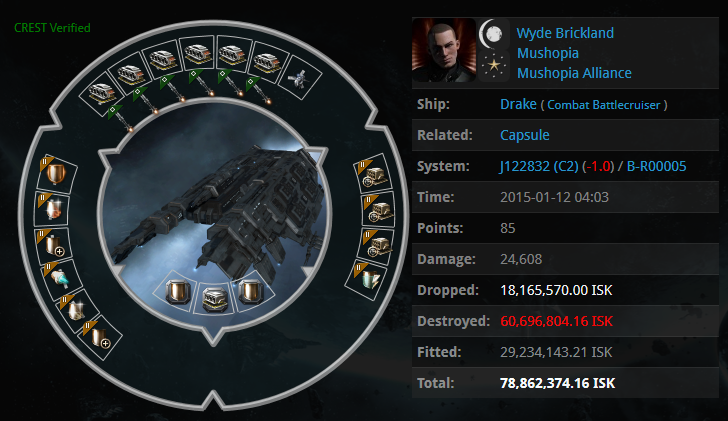 I had to warp off as I was primary due to the previously discussed hots. With me gone and the Phobos being slow he was able to burn out of the bubble in his VNI and warp off.

GFs and propaganda were of course exchanged in local and minimak expressed he would be logging now and he did. But wait… I still had ten and a half minutes on my criminal timer so he had to still be logged in since I had to warp off half way through the fight. Gucci Ormand quickly brought in his scanning alt and we found the still in space VNI. After which it and the pod were properly dicked. 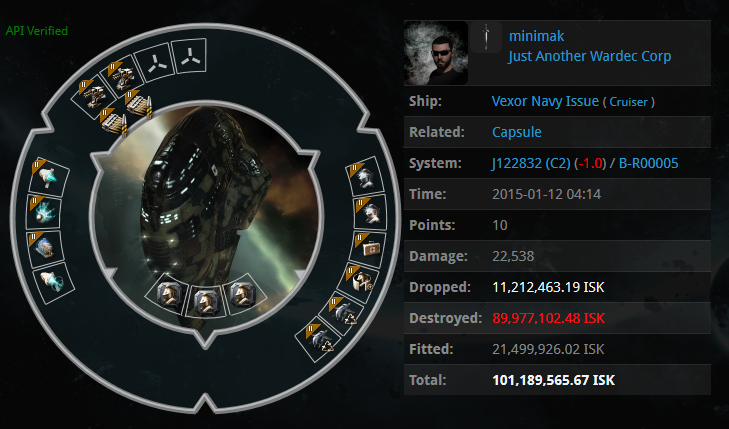 After this engagement Mushopia graciously offered to pay us 500 million in exchange for stopping the wardec and we accepted. These targets will be sorely missed.
:.(

But alas, the damage was already done and we were informed that our beloved targets would be moving out of the said wormhole and possibly to null security.