One Friday the Slaver’s Union (Now slaving at a system near you!) were trying to take some of our newbros and friends. Hopefully lose some ships and have some good lols.

Formup took about 2 hours to get the newbros up to speed and get them basic combat training. At the moment we were aligning to the first gate to head to lowsec I got a message from a capsuleer I did not know by the name o Siegfried Cohenberg saying he was bumping one o our wartarget’s orcas in niarja. Naturally we burned over there best speed and reshipped a couple of frigs into cruisers. We burned down for 20 jumps and I messaged the orca pilot’s riend because the orca pilot (The CEO of the corporation) would not accept my mails. Once we were all on grid and the orca was at half structure the friend told me they needed 2 minutes to get 800 million ransom so we all stopped shooting. Around this point one of their friends warped to the orca in a pod and the orca pilot left their ship. My only answer to why this happened is they thought the other guy could hop in the orca to save it and warp off. This is however not the case as a ship that is targeted cannot be boarded. Even though this seemed like a major win for us it ended up being a little work. There were 6 people on grid that were not us targeting the orca and trying to keep people from boarding it.

Siegfried being the sexy man he is already had a plan. If you haven’t already I highly recommend reading Grid-Fu (http://www.engadget.com/2013/08/25/eve-evolved-grid-fu-and-bending-space/). Got it? Awesome. So what happened is Siegfried had one of our members who can pilot the orca burn just off grid and drop a can to make a new grid that cant connect with the old grid. The mach pilot then bumped the orca past the grid line to the guy sitting in wait for the orca. What this did was make the orca disappear from grid and by extension forced all locks on the orca to drop off.

However the plan did not go as well as we had hoped. The orca pilot we had in place had to burn to the orca as it did not pp through the grid where we had hoped it would. Siegfried being the baller he is hopped out of his bump mach and jumped in the orca for a few seconds so that the pilot could burn within range and board the space whale followed by Sieg hopping back in his machariel.

So docking the orca we happily went back to Teonosude to get ready and get in our t1 frigates for another attempt at going out into lowsec. Shortly after we realized this attempt was futile as some wartargets jumped into system looking for a fight.

After a 1v1 at the sun in my buffer fit incursus (Killmail here) they warped a dominix on top of the incursus so I felt it only fair to call in the rest of my fleet of frigates. This dominix took quite literally a dick ton of time to take down as it was hull tanked. Before dispatching the first domi 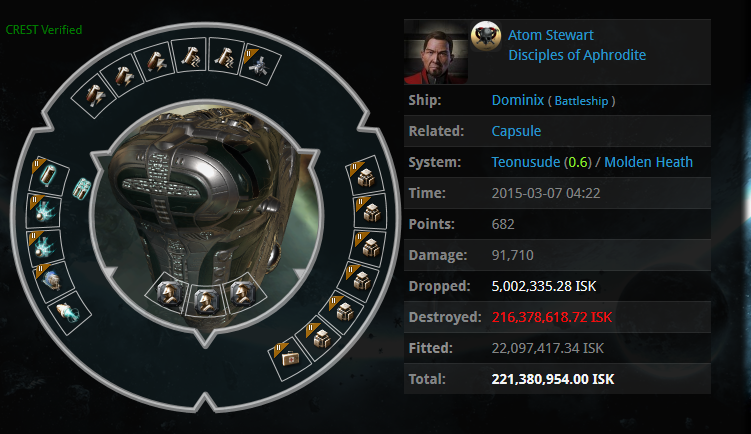 A second domi warped right on top of us piloted by the same person on a different account.

This domi happened to go suspect and all our non Slaver friends began to engage. My first thought was oh shit this guy is going to ruin our day with smart bombs. Luckily I still have my expensive clone as he was not smart bomb fit. 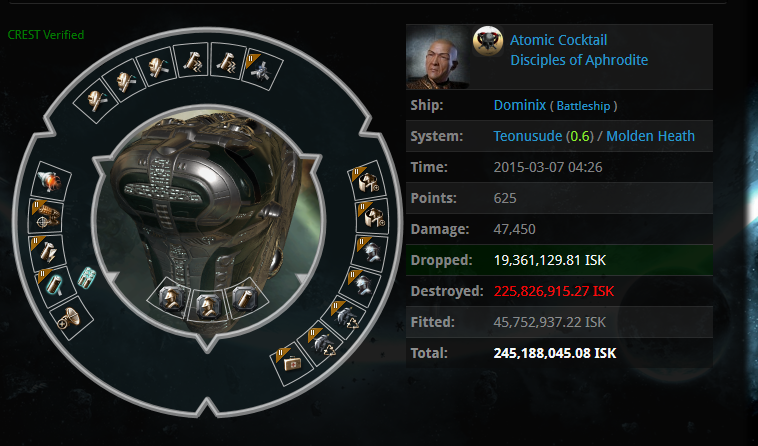 A full battle report can be found here https://zkillboard.com/br/30392/
All in all the testicular fortitude of this pilot was impressive.

With all this business taken care of we finally got out to lowsec. This made me very happy as I have not lost a ship in a long time and I was passed due for a loss. After flying around for all of 20 minutes I tackled a dramiel on an acceleration gate in lowsec and waited for his rienforcements while my own fleet warped in. I could tell you it was some amazing fight where we almost came out on top and fought the odds bravely… But that would be a dead. Lie. The logi warped at 0, I died after getting the dramiel to 50% shield, and the next target to be called was an atron that managed to live. We are has leet pvp…. I swear. These were the results of our ‘gallant efforts’ https://zkillboard.com/br/30391/

Not a complete whelp by any means but I lost my ship which was my overall goal for the night. Night=(Op success)*3